← back to
Spiral Arm Media
Get fresh music recommendations delivered to your inbox every Friday. 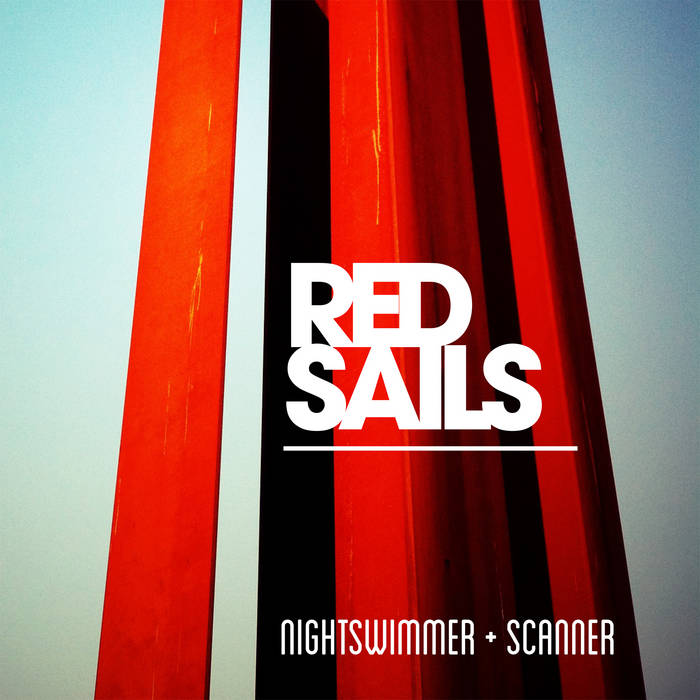 " I’ve been meaning to highlight this release since it came to light back in March. Despite being recorded over 10 years ago this collaborative “mini-album” from London’s Scanner and Melbourne’s Nightswimmer sounds fresh and ageless.
Whilst many of you will already be familiar with Robin Rimbaud’s long running (and ever on point) Scanner alias – you’ll likely be less familiar with the work of Australian producer Nightswimmer.
Andrew Day’s Nightswimmer project began in 1998 following his being a founding member of Non-Intentional Lifeform – an Australian metal band signed to Roadrunner Records – and likewise, The Sound Movement – a post punk band. A multi instrumentalist – including the trombone.
Accompanying the release:
This is a collaborative mini-album which was composed in ancient times, on the dawn of a new millennium, in the years 2001 and 2002 by Scanner (London) and Nightswimmer (Melbourne). The process managed to dodge all technical restraints and traverse the tyranny of distance by launching CDRS packed with sounds onto giant floating ships across turbid oceans, like silent and lost digital messages bouncing and bobbing back and forth on the tides from Melbourne to London and back until finally uniting into a sometimes cohesive ,sometimes dissonant musical message arriving at its destination.
Now in 2013 this is the first time it has been made available to the public. We hope you enjoy our early 21st century sonic journey.

Red Sails is quite a piece of work – shimmering into existence with Inside on the Outside. Eastern sounding dubbed out flow builds into heavier percussive work and undercurrents of synth stabs. Negative/Positive verges on hauntingly beautiful with its opening melody and bubbles of IDM beat work. Going further into the dubsphere is the hypnotic off-kilter groove of The Machinist which plays with styles bringing into the equation a rolling breakbeat complete with high pass filter fluttering.
That IDM feel continues into Heart & Anchor with delicate broken beat work and that rounded rich synth over the tracks glistering melody. The concluding 5th part of the mini-album plays out in the form of Subaqueous. Which as the name might suggest evokes quite the underwater, submerged, feel. In fact the whole release does but it’s most pronounced in Subaqueous – which also returns to more of a dub feel. Echoing the album’s opening effort. It’s evolution feels like you emerge from under the waves into the air – where you float above the water as it radiates in the early sun-setting evening.
If I had any gripe about this release is that it’s too short. The style and depth of the sounds dictate a longer listening experience that what we have – though I am very thankful to both Rimbaud and Day for sharing their work."